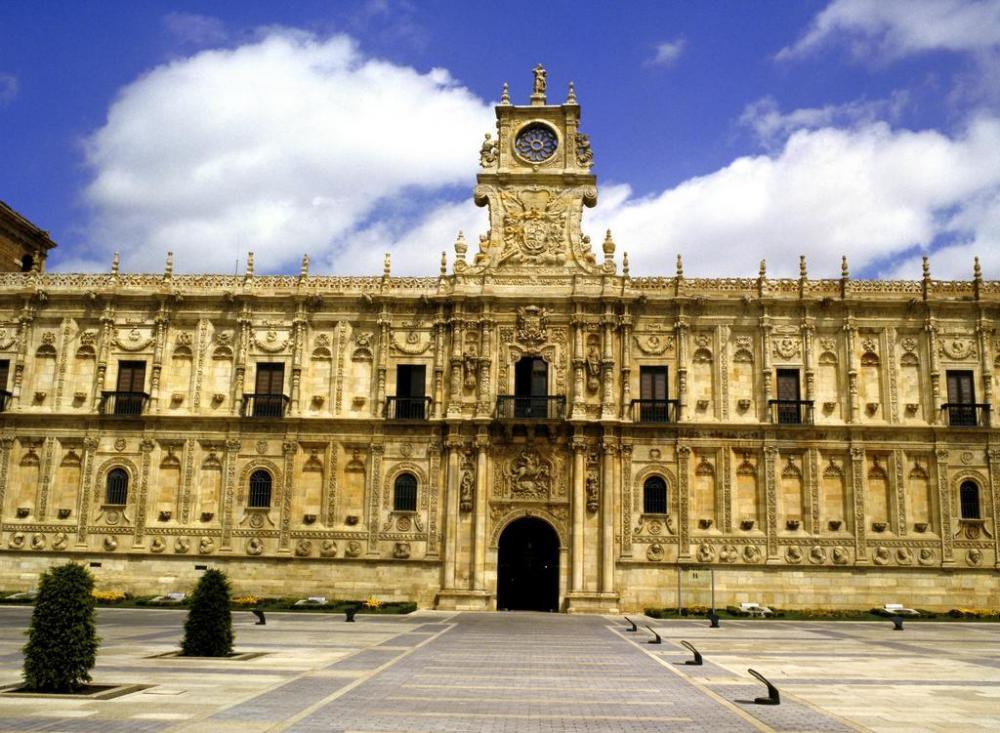 Posted at 12:50h in Places of interest by admin 0 Comments
0 Likes
Share

San Marcos Monastery, the construction of which began in the 16th century, follows an older monastery dating from the 12th century during the time of King Alfonso VI. Various artists immortalised a yesterday in stone and wood where the strength of his legacy can be sensed, turning the hotel into a living museum. The past emerges in the Cloister and Chapterhouse, embracing the present in a wise re-adaptation of rooms which once provided lodging for pilgrims, such as the suite rooms located in the original building with views towards the square and one annexe built in the 20th century which houses most of the guest rooms. Royal halls, spacious bedrooms, library, and a restaurant offering a carefully-produced traditional gastronomy with some traits of cuisine d’auteur; all this makes the Parador de San Marcos a unique place on the pilgrimage route to Santiago and on the “Vía de la Plata” route. For further information: Parador de San Marcos.