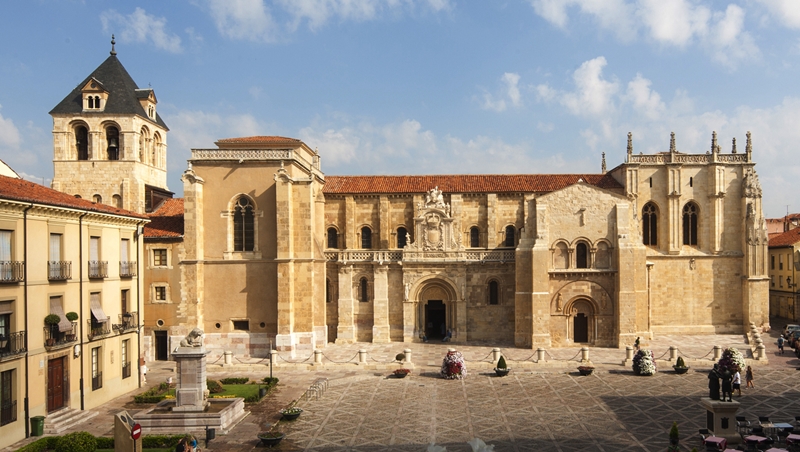 Posted at 12:48h in Places of interest by admin 0 Comments
0 Likes
Share

On the north-western corner of the Roman camp known as Legio VII Gemina, sheltered by the camp wall, the King Sancho el Craso († 966), son of Ramiro II, built a monastery to keep the remains of the martyr child of Cordoba, San Pelayo (we can see his statute on the Basilica’s façade in the photo on your right). Sancho’s sister, the nun Elvira Ramírez, along with her community, moved to the new monastery from the older one at Palat de Rey, and with her, the celebrated institution of the so-called Infantado, the dowry of the single infantas, which consisted of the rule on numerous monasteries and abundant possessions. For further information: Real Colegiata de San Isidoro.